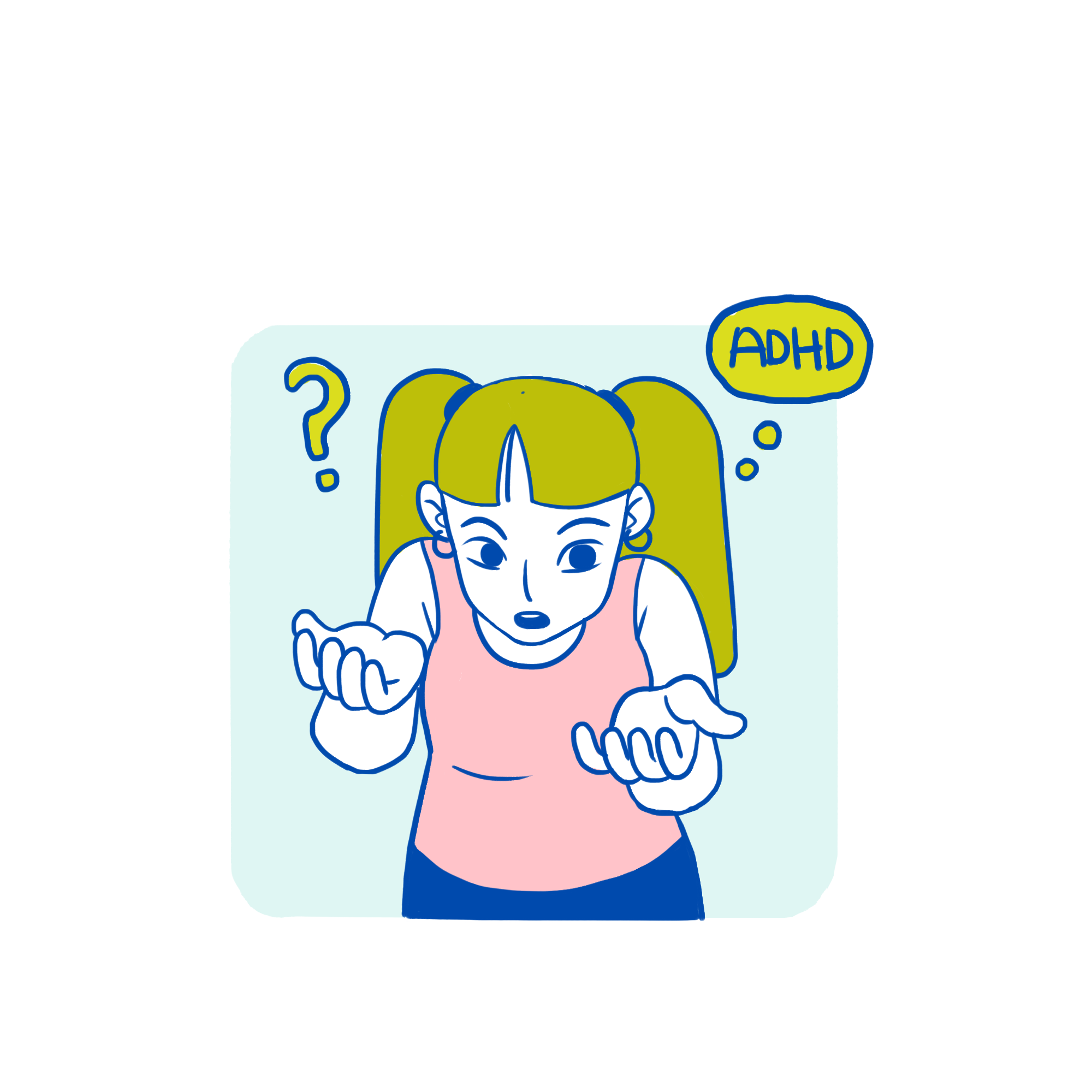 However, despite the increasing ADHD diagnosis and treatment given to the individuals affected, it fails to relieve them of their depressive symptoms (3), which in turn hinders them from living a normal life.

This challenge to treatment might be credited to the fact that up to 50% of very young children with ADHD might be suffering from one or more similar conditions that contribute to the spectrum of symptoms they suffer from(4). It could be from different mental disorders that can lead to more severe anxiety symptoms.

Developing an understanding of these comorbid conditions is thus important to help children and adults with ADHD get a better understanding of their illness. Plus, this is also important for healthcare providers to devise better strategies to help these individuals have a better life by providing them proper with the care they need.

We know how daunting reading articles from start to finish can be, especially when you have ADHD, so we added this clickable Table of Contents to easily navigate our articles 😉 :

1) What does Comorbid Condition mean?

2) What Are Common Comorbid Conditions Associated with ADHD?

->How are children with ADHD managed for learning disability?

->How are individuals with mood or conduct disorders managed?

Is there a relationship between the prevalence of comorbidities with different subtypes of ADHD?

How to know if your symptoms are primarily ADHD or psychiatric comorbidity?

What does Comorbid Condition mean?

In general terms, Comorbidity is used to define two or more conditions that coexist in an individual simultaneously.

Treating one condition will not cause the symptoms of the other conditions to resolve as well, meaning both conditions need to be treated concurrently to manage the patient in a better way.

Recognizing comorbid conditions early on is important to recognize the prognosis and accurate management of any disease(5).

The same goes for ADHD comorbidity. It is now established that around 60-80% of individuals with ADHD might have one or more similar conditions impacting their mental health(6). These mental disorders might show through signs of depressive symptoms that can lead to different types of illnesses such as comorbid bipolar disorder,  major depressive disorder, comorbid psychiatric disorder, conduct disorder, and such.

So despite a doctor treating you with ADHD medications, you might not feel entirely better due to the existence of said comorbid conditions.

What are Common Comorbid Conditions Associated with ADHD Symptoms?

Children with ADHD might have varying degrees of difficulty in school or learning at a pace comparable to other children their age. While ADHD symptoms might be contributing to this learning difficulty, often up to 45% of these children might be suffering from a comorbid condition that is keeping them from learning at a normal pace(7). This could result in a childhood depression that will eventually affect them as they grow into adulthood.

A learning disability does not necessarily mean an intelligence deficit, it can simply refer to a decreased ability in one or more areas of learning, including reading, writing, speaking and understanding(8).

Some common learning disabilities that coexist with ADHD include:

According to research, boys with ADHD have a higher chance of up to 65% of developing learning difficulty, while girls with ADHD have a 57% risk of having a learning disability (9). This could also be related to autism spectrum disorders where people that are affected by it are having a hard time learning and focusing on a certain task.

How are children with ADHD managed for learning disability?

Children with ADHD having comorbid disorders need a multidisciplinary approach from a psychiatrist and occupational therapist along with teachers trained to help such children.

A doctor could help by giving the child ADHD medications that are aimed to minimize the symptoms of ADHD, while occupational therapy helps the child overcome his deficit by devising ways he can learn despite his shortcomings.

It is often a bumpy road to good results, but it's always possible with the right amount of determination.

Conduct disorders and mood disorders constitute a major portion of ADHD comorbidities. These are more common in adults with ADHD but can also present in children with the disorder.

Common symptoms of Mood-related or conduct disorders include:

Individuals often present with a myriad of symptoms and no two individuals will have the same symptoms necessarily. It’s important to recognize these signs and symptoms early on so they can be managed from the beginning.

Conduct or mood disorders more likely to present in childhood include:

The most common of these happened to be ODD, with a prevalence of up to 41% in children with ADHD(10).

Mood disorders that are more common in adult ADHD include:

Given the stats above, it's safe to say that people with ADHD are more likely to develop mood or conduct disorders than ones without ADHD. In light of this fact, doctors and caregivers should pay close attention to patients with diagnosed ADHD and offer routine analysis to rule out the presence of other psychiatric disorders. It is also important that ADHD treatment should be monitored to avoid substance abuse by the affected person.

How are individuals with mood or conduct disorders managed?

Routine analysis and early diagnosis of such comorbid conditions are key to proper management and effective ADHD treatment. The earlier you diagnose and treat the symptoms, the more likely it is that you successfully manage the comorbid psychiatric disorders.

If, as a caregiver or teacher you suspect a conduct or mood disorder in a child, consult a child psychiatrist for a proper ADHD diagnosis. A doctor will then recommend therapy and medication accordingly, to successfully treat symptoms of both ADHD and the mood/conduct disorder.

If as an adult, you feel like your low mood or severe anxiety symptoms aren’t going away despite getting treatment for your ADHD, talk to your doctor about it. A doctor will take a proper psychiatric history and evaluate you for other disorders that might be contributing to your symptoms that are refractory to ADHD treatment.

While learning disorders and mood/conduct disorders constitute a major chunk of ADHD comorbidities. Other conditions might coexist with ADHD and are just as important to recognize. These include:

Children with ADHD are up to 40% more likely to have Obesity than non-ADHD children (12).

It can present as Tourette Syndrome, which is a combination of oral and motor tics present for over a year.

Children with ADHD are more likely to have a chronic tic disorder than children without ADHD(13).

Is there a relationship between the prevalence of comorbidities and the different subtypes of ADHD?

Yes. The prevalence of psychiatric comorbidities can vary with the type of ADHD.

Anxiety and depressive disorders are more common in inattentive subtypes of ADHD(14).

While overall symptoms of comorbidities such as bipolar disorder, depression, conduct disorder, and substance abuse disorder are more common in the combined subtype of ADHD than hyperactive or inattentive subtypes.(15)

How to know if your symptoms are primarily ADHD or a psychiatric comorbidity?

Truth be told, there is no clear-cut method or lab test that could tell you exactly what is causing your psychiatric symptoms.

It takes an experienced adolescent psychiatrist to determine this properly.

Usually, when people start treatment for ADHD and continue to experience new or persistent psychiatric symptoms, there might be a possibility that they have psychiatric comorbidity.

In this case, the doctor will take a detailed history of said symptoms and then, he might start the patient on additional medications for other disorders for a short period of time before establishing a diagnosis.

He will observe whether these new medications bring forth a positive change in symptoms. And then ultimately, he’ll know if your symptoms were mainly due to ADHD or another underlying condition that needs to be treated.

Psychiatric conditions co-occurring with ADHD tend to be very common.

Up to 66% of individuals with ADHD have a comorbid psychiatric illness. (16)

Given how common the occurrence is, it’s important to continue to pay close attention to symptoms and behaviors in people with ADHD to seek an early diagnosis of a comorbid condition, if there is any.

Often, individuals having a comorbid psychiatric disorder along with ADHD remain undiagnosed. This causes them to suffer in silence from symptoms that could otherwise be easily managed through stimulant medications and therapy, given a timely diagnosis is made.

Recognizing the prevalence of these conditions and raising awareness about them will help people get a better understanding of the disorder and will create hope for better management for those who seek it. It will also benefit them if they can get early treatment for their comorbidities.

Most importantly, creating awareness about ADHD comorbidity helps people with ADHD gain some clarity regarding their condition. Neurodiversity is very much real, knowing about it will only make the journey all the more easy!

2) The worldwide prevalence of ADHD: a systematic review and metaregression analysis.

3) Assessing Adults With ADHD and Comorbidities

8) Other Concerns and Conditions with ADHD

10) Patterns of Comorbidity, Functioning, and Service Use for US Children With ADHD, 2007

11) The prevalence and correlates of adult ADHD in the United States: Results from the National Comorbidity Survey Replication

12) Association Between ADHD and Obesity: A Systematic Review and Meta-Analysis 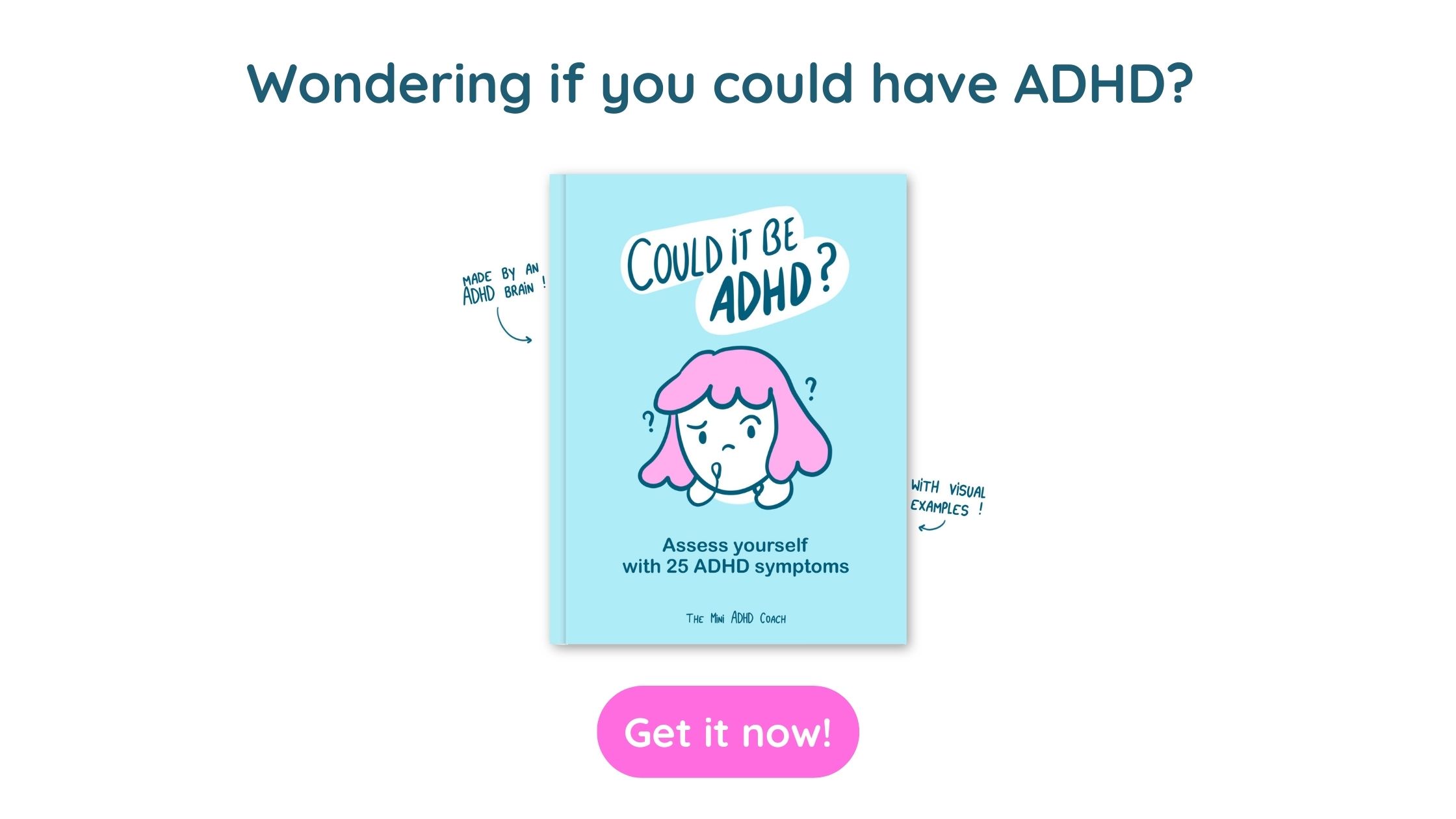 1) What does Comorbid Condition mean?

2) What Are Common Comorbid Conditions Associated with ADHD?

->How are children with ADHD managed for learning disability?

->How are individuals with mood or conduct disorders managed?

Is there a relationship between the prevalence of comorbidities with different subtypes of ADHD?

How to know if your symptoms are primarily ADHD or psychiatric comorbidity? 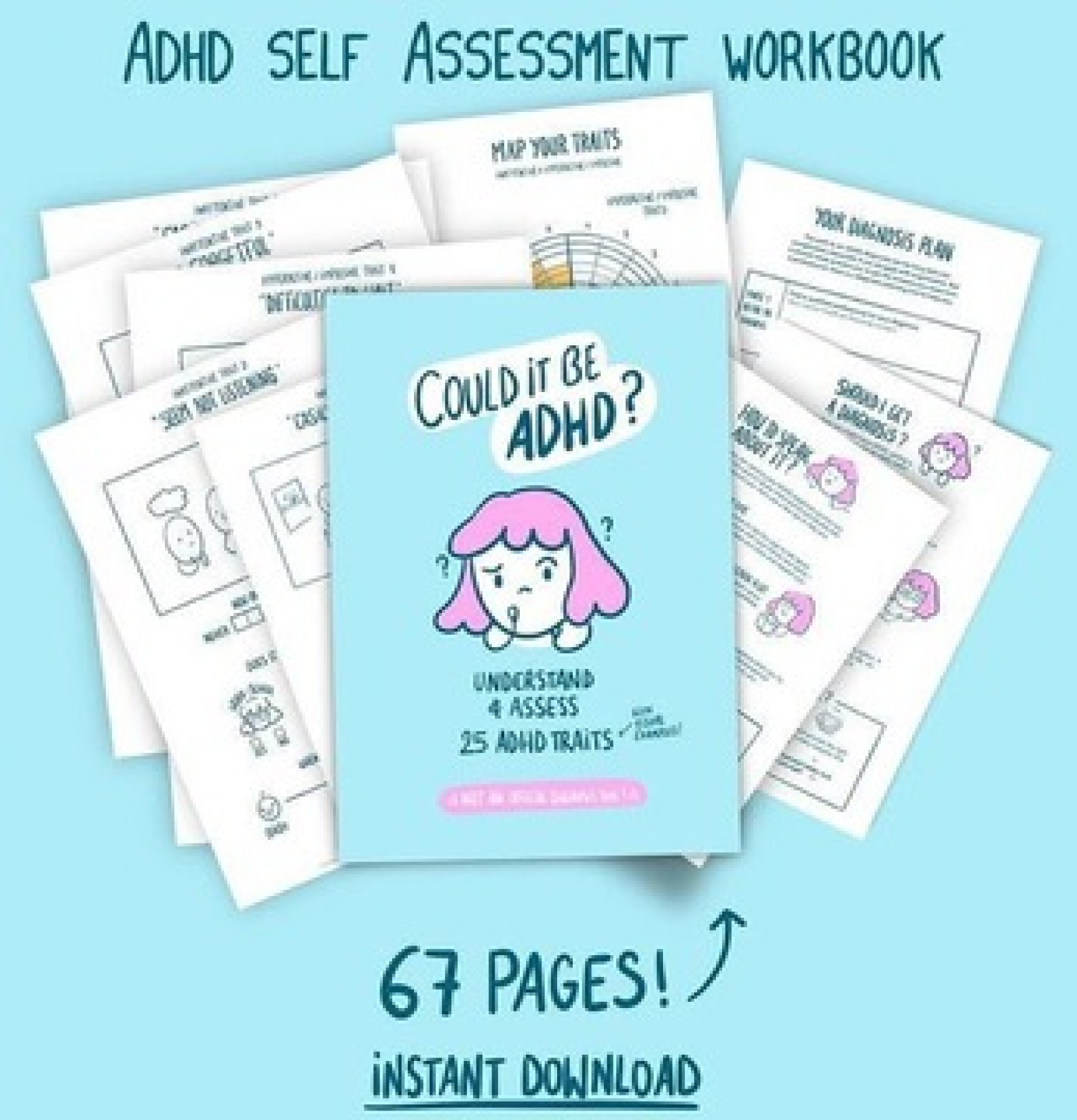 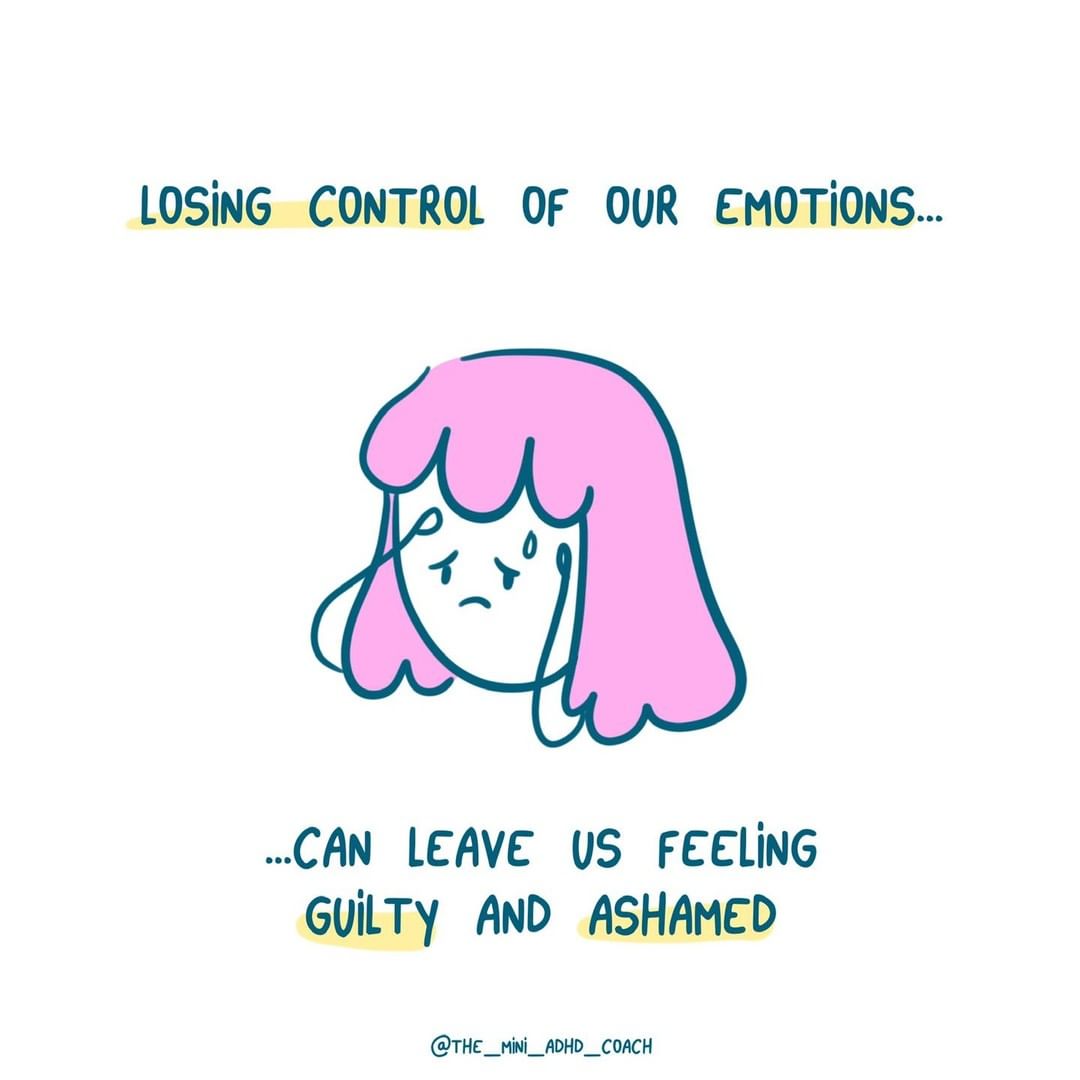 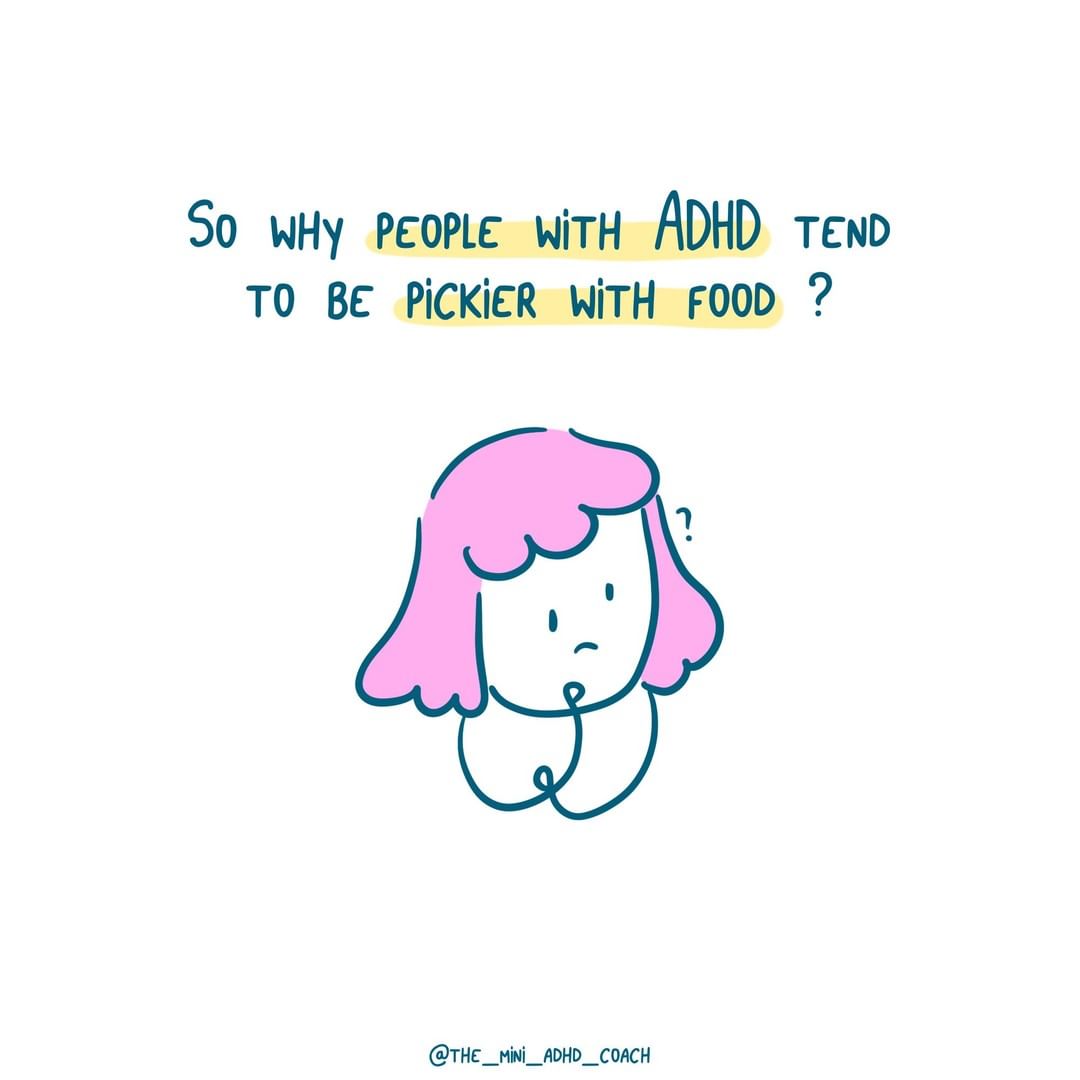 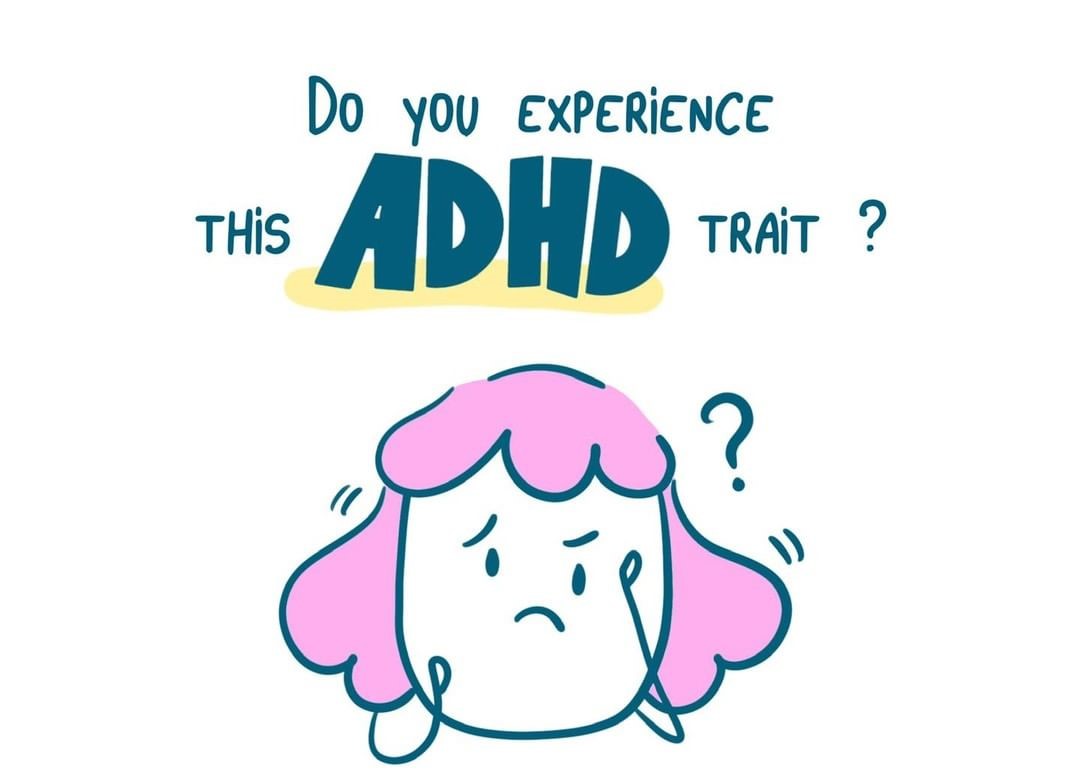 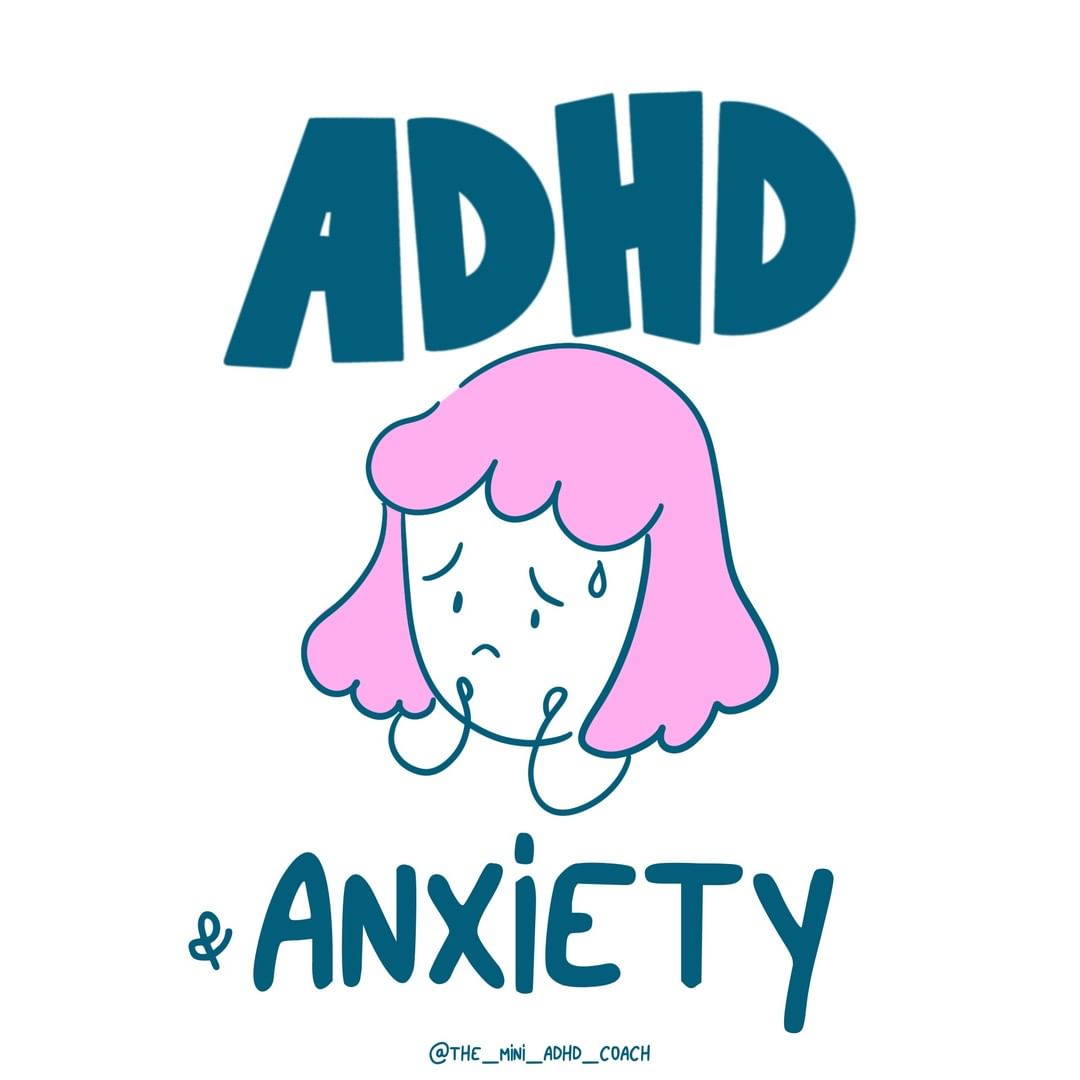 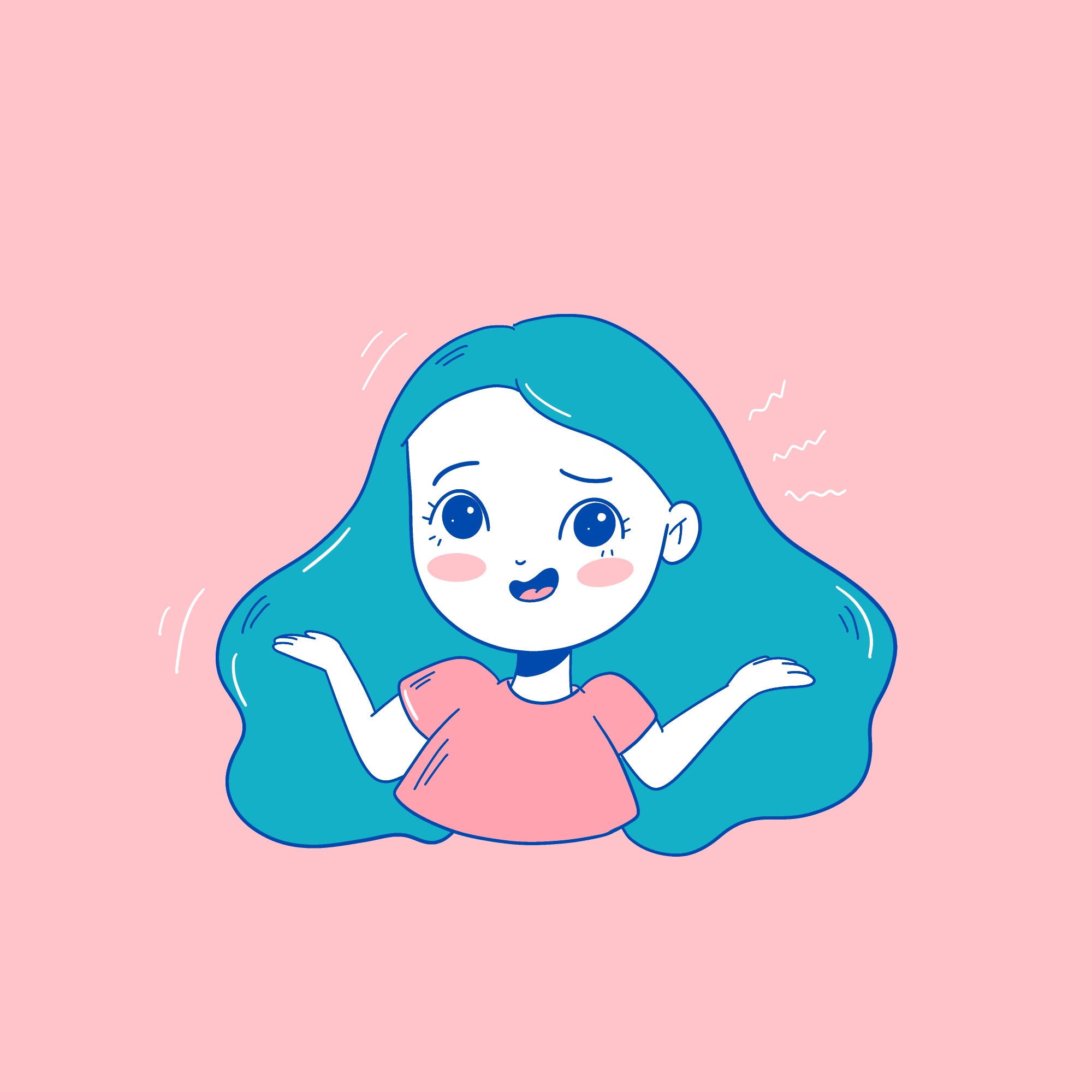 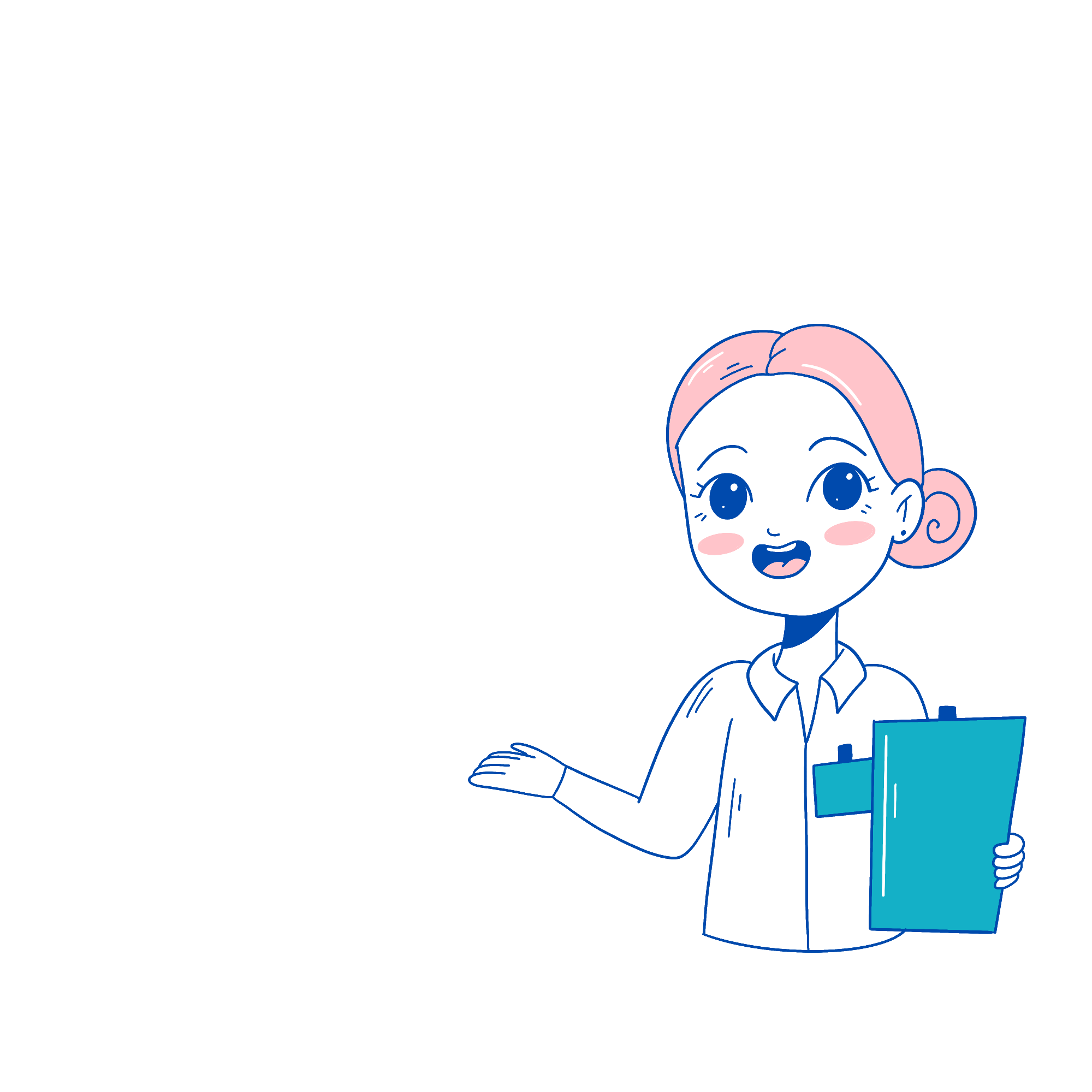 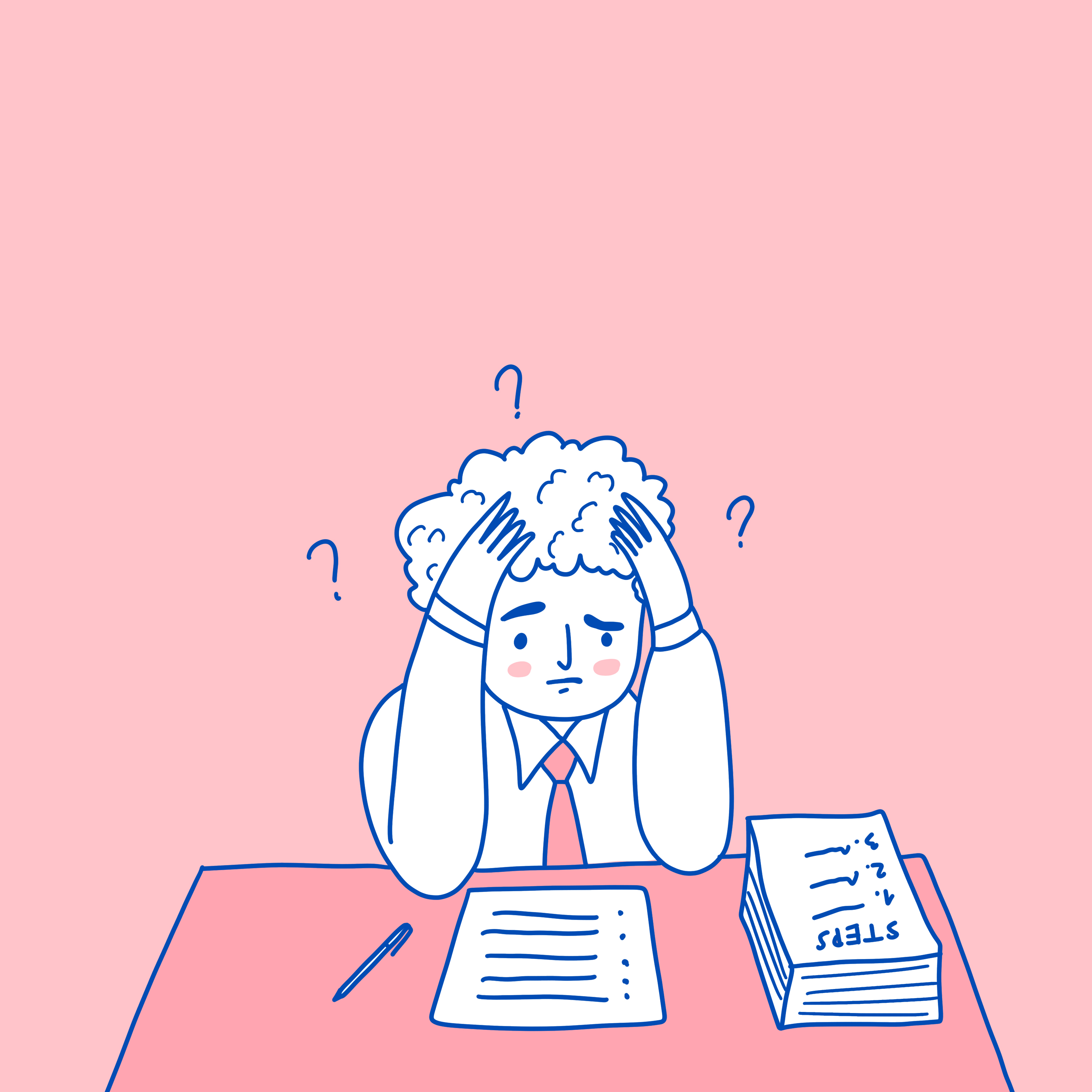 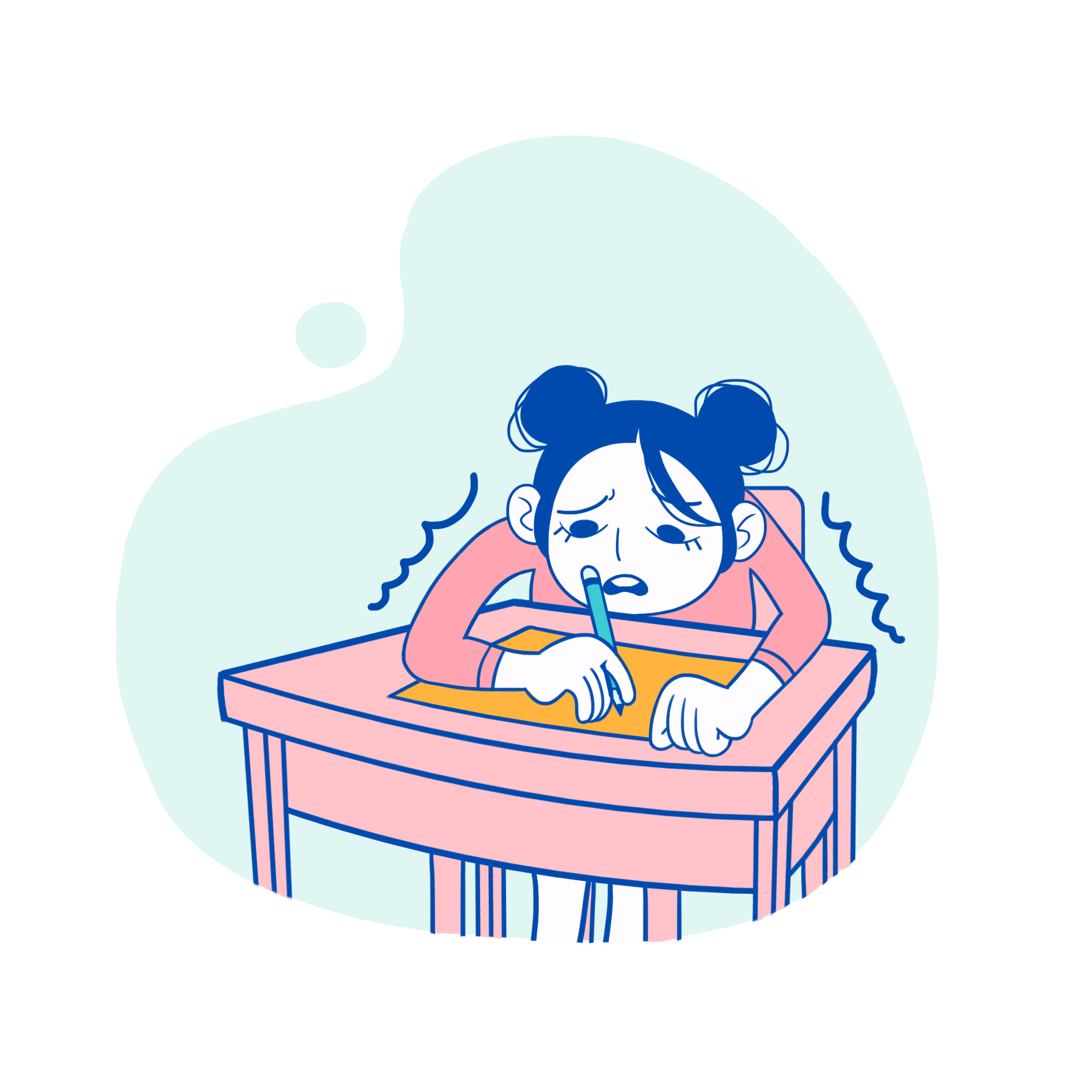 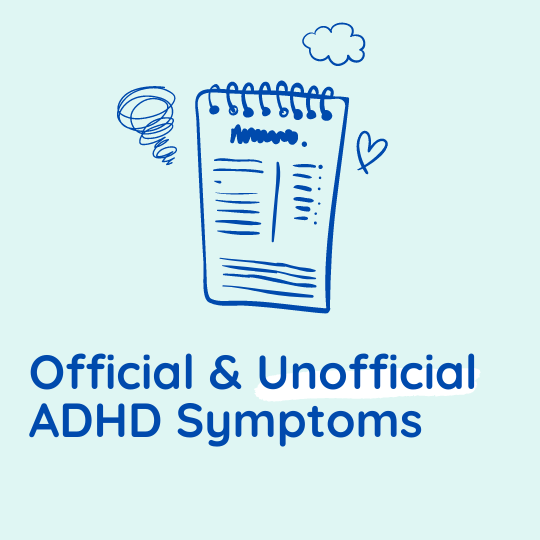 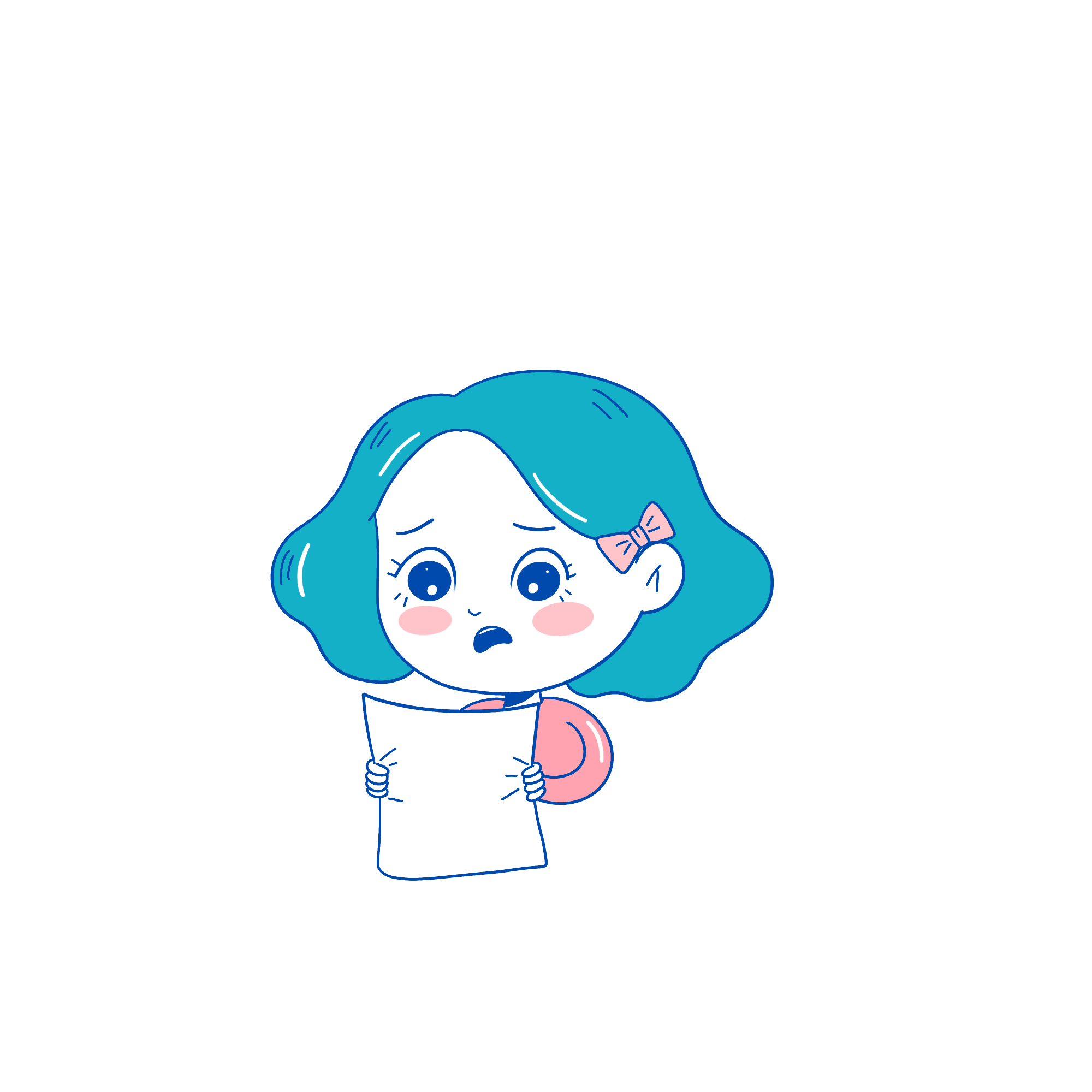