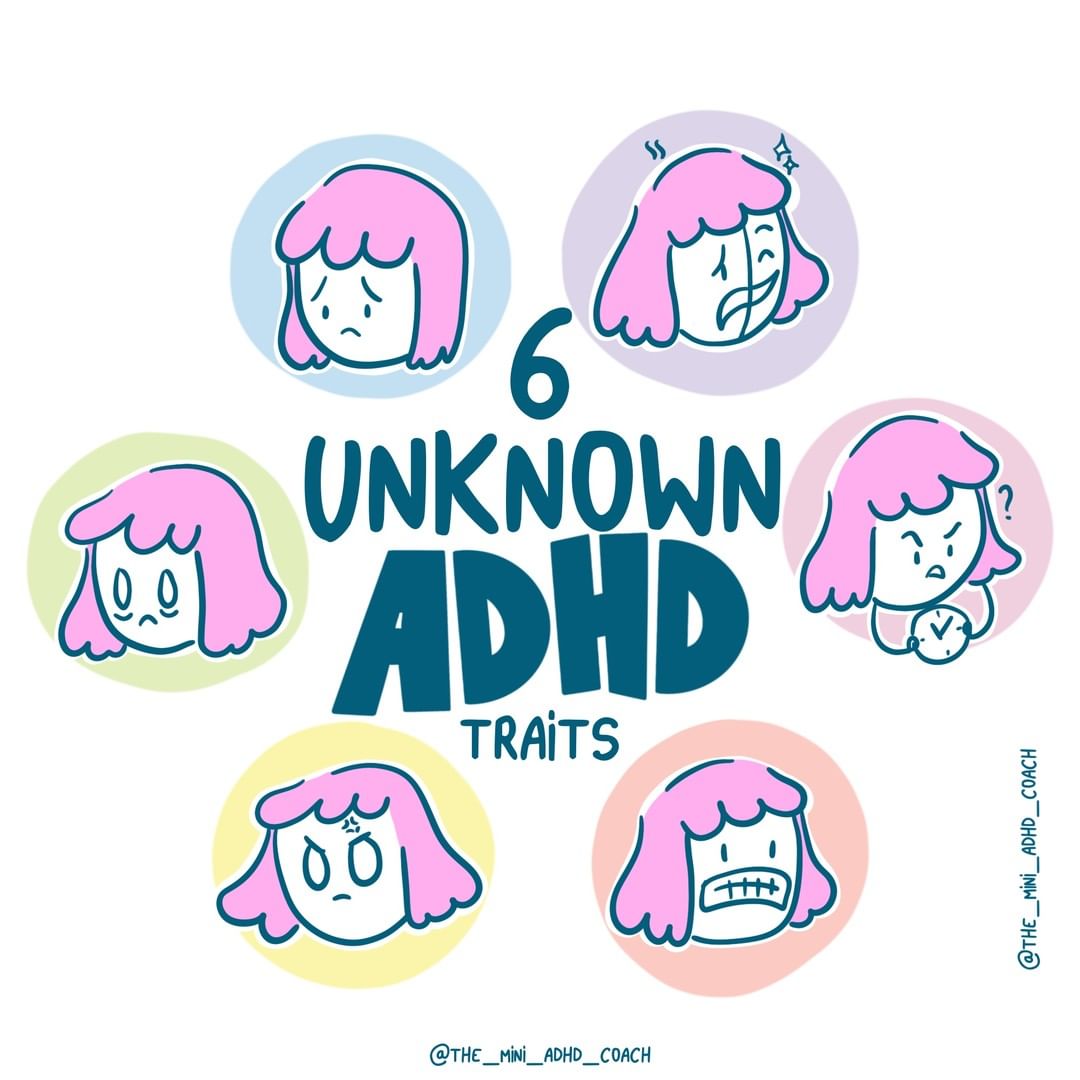 A keen eye can easily spot ADHD in people exhibiting symptoms like impulsivity or inability to sit still. But there are unknown ADHD traits that make diagnosis more challenging. What are these symptoms, and how do they relate to ADHD? Find out here.

3. The Connection of ADHD To Your Mental Health

Are you having trouble understanding what you are going through? There are plenty of sites and resources that help you with your Attention Deficit Hyperactivity Disorder but sometimes, there are things not posted on the internet that aren't part of the common symptoms of this neurodivergent condition.

Aside from the usual easily distracted, impulsivity or hyperactive ADHD symptoms always mentioned on the internet, there are other ADHD traits that can prevail on an individual. These aren't part of the obvious signs that other people know about ADHD. These symptoms are usually hidden and hard to detect because they are uncommon.

However, you can still tell if you have these less common ADHD traits. In fact, it is the rule rather than the exception that a person with ADHD experiences some or most of these "weird" symptoms because all of us are different from one another and there isn't a normal set of ADHD behaviors.

So we are already familiar with the Most Common ADHD traits. These are treated by others as a basis for ADHD diagnosis and can generally be felt by people with ADHD. For example, before being tagged as someone with ADHD, symptoms such as being impulsive, in constant motion, and having difficulty staying still will have you diagnosed as a Hyperactive ADHD type. Being easily distracted, forgetting things easily, and making careless mistakes, on the other hand, can get you diagnosed as someone with Inattentive Type ADHD.

However, there are times when these traits don't easily manifest themselves. There are times that people with ADHD aren't as easily spotted as someone who has the common traits of ADHD. This is because these things aren't as common as the previous symptoms of ADHD or sometimes, they don't even show up at all. These ADHD traits present differently than the other common symptom they might experience. Here are some of the uncommon symptoms of ADHD:

Having less self-confidence is part of the lesser known ADHD traits that you might encounter. We tend to be always worried of our mistakes or our image that we always tend to get discouraged to enjoy who we really are. Society often dictates a person that he or she should act like what is normal to them. It's hard to lose ourselves in the process of masking our ADHD traits.

Even adults with ADHD experience this sudden turn of emotions. ADHD and emotions don't go well together. Sometimes, there are things that are petty to some but overwhelming for people with ADHD. Emotions, especially anger and happiness, have always been a challenge while having ADHD. This is due to the fact that we see things from a different perspective and it somehow triggers us or excites us.

People with ADHD tend to get late most of the time. Sometimes they aren't mindful of what their schedule is, how much time should they allot on a certain task, or have difficulty waiting for people. Time management of an ADHD individual seems to get lost as they approach adulthood. This is because of a condition called "Time Blindness" where those affected lose track of their perception of time.

One of the uncommon signs of ADHD is doing this. Our uneasiness and hyperactivity might manifest in other parts of our body such as our jaws, our legs, or sometimes fingers. Fidgeting can sometimes signify that we have difficulty focusing on certain matters at hand.

Not all ADHD symptoms are related to impulsivity or being in constant motion. Hyperfocus is one of the hidden uncommon ADHD signs that often have no reference on how it affects us. People with this condition tend to become extremely engrossed in one task at a time, sometimes neglecting other responsibilities.

Having a hyperactive brain, for some people, might have side effects such as difficulty sleeping. It's hard for them to sleep at night because they are always thinking of things that happened during the day. This is often accompanied by what we call "Brain Fog" or cloudy thoughts where it becomes difficult to focus and think straight. Sleep problems may then further complicate your condition and may cause other disorders such as depression, anxiety or inattention if not taken seriously.

Though these symptoms of ADHD are uncommon and sometimes unknown to many, this doesn't mean that they are not valid and don't count as a factor in diagnosing ADHD. However, we don't want to limit ourselves as well with these six unknown ADHD symptoms. There are far more other symptoms that are still considered part of having Attention Deficit Hyperactivity Disorder which the general population might not be aware of as well.

Hyperactive behaviors are easy to spot. This may be easily caught by an observing eye. Other children can be tagged with attention deficit disorder if we see them having difficulty sitting still or if they are always in motion.

Though these Attention Deficit Hyperactivity Disorder symptoms are uncommon and might be hard to spot, they can still affect a person's life in a far more complicated way. If left untreated, a person with ADHD may have a very difficult life ahead of them. Low-esteem for example can lead to Social Awkwardness then to Social Anxiety if not confronted well.

Our organizational skills can also be impaired and this may lead us to make careless mistakes, forget what we need to do, and sometimes even change our behavior due to the absence of control. These symptoms of ADHD can be manifested in adults rather than children because we tend to mask these signs that we have ADHD.

The Connection of ADHD To Your Mental Health

We always say that Attention Deficit Hyperactivity Disorder is a condition that affects a person's mental health. Some of the symptoms mentioned above might be related to depression, obsessive-compulsive disorder, or anxiety as well. Though they are not really that uncommon, any unusual behavior or feeling can signify a bigger problem even if you often tend to think it's normal for you.

Many adults often disregard our mental state as if it isn't part of a healthy lifestyle. It's easier to think that the condition is just something you have to get used to because it's all in your head. The fact is, mental health only begins if we only take care of our physical bodies. If not taken seriously, some symptoms can worsen and might need professional help or medication.

Having untreated ADHD may have a direct effect on your mental state. Though there's no physical pain, your erratic behavior can affect you emotionally or mentally. There are ADHD symptoms that might also trigger depression and anxiety which have a link to how we feel towards ourselves at the same time.

When things get difficult and the mental disorder is hard to bear, it's time that you should consider getting an ADHD diagnosis. This is the only way for people with symptoms of ADHD to understand them well and know how to manage them. If there are symptoms that cause sleep disturbances, depression, or even substance abuse. An ADHD treatment might be the next option to take after you've been properly diagnosed.

3. The Connection of ADHD To Your Mental Health