ADHD & Being Late: Is Tardiness an ADHD Trait? 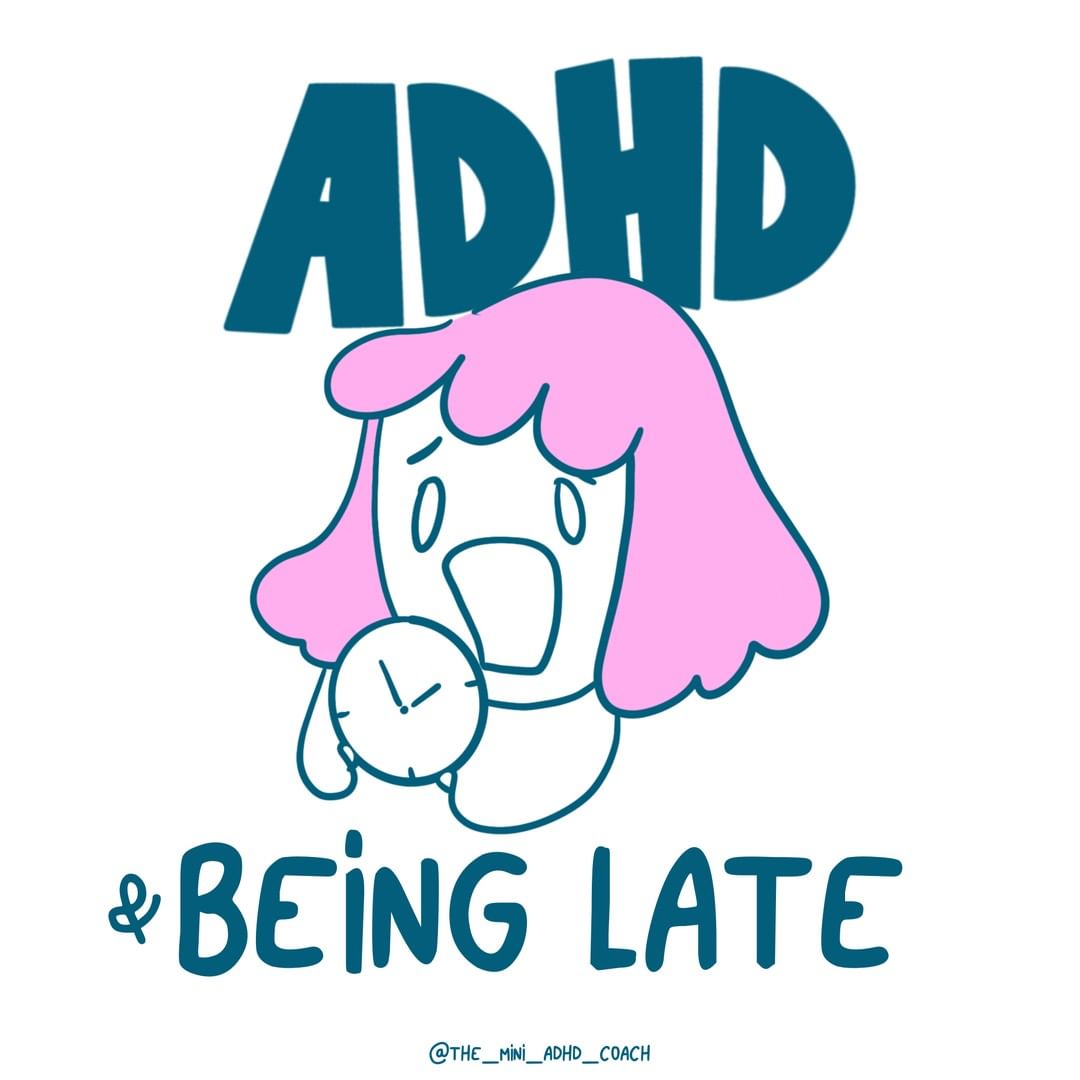 Many persons with ADHD believe that being late and having ADHD are linked. It's not that they don't want to be on time, but their brains are wired differently, making it hard to estimate time and stick to a schedule.

If you have ADHD, you may find yourself constantly running late. You might lose track of time when you're doing something you enjoy or get caught up in the moment. This can make it difficult to stick to a schedule or be on time for appointments.

1. What is Chronic Lateness?

2. What Causes People to be Chronically Late, and How Does This Relate to ADHD?

5. How to Improve Your Time Management Skills If You Have ADHD?

ADHD & Being Late: Is Tardiness an ADHD Trait?

While there are many different theories on why people with ADHD tend to be late, the most likely explanation is that they simply don't experience time the same way as others do. For example, a person with ADHD may not be able to estimate how long it will take to complete a task accurately. They may start a project and get caught up in the moment, losing track of time completely.

Another reason why people with ADHD may be constantly running late is that they have difficulty focusing on tasks that are not interesting to them. This can make it hard to stick to a schedule or complete boring tasks promptly.

What is Chronic Lateness?

Even if you don't have an ADHD diagnosis, there is a particular behavior associated with someone who ends up always being late. According to the Wellness Centre, this is called chronic lateness. The majority of these issues resulted from a lack of organization, motivation, or even misplaced priority.

There are probably adults without ADHD diagnoses who are greatly affected by this specific behavior. It may be difficult for them to keep track of their calendars and tasks, and making plans ahead of time may also be stressful. Despite their awareness that what they're doing might impact other people's time, the habit they've developed has already affected everyone else's.

What Causes People to be Chronically Late, and How Does This Relate to ADHD?

So how did most people develop this unfortunate habit? According to experts, there are two types of chronic lateness: internal and external.

Internal types have a hard time dealing with their feelings and emotions, which is why self-control-demanding tasks and schedules become an obstacle. Meanwhile, an external sort of chronic tardiness occurs when a person can't manage their time effectively.

So how does being late relate to ADHD? As we all know, people with ADHD have a neurodivergent brain, which affects their executive functions. Executive function is a term that refers to a set of skills responsible for the organization, time management, and regulation of emotional responses. Having ADHD can result in miscalculation of time and other critical skills that can be used to manage executive functions.

People with ADHD sometimes also lack the motivation to do things that others may misjudge as laziness. If there are any instances that a person with ADHD has to choose from laying in bed for five more minutes or going out and socializing with their friends, I will choose the extra time myself (and maybe extend it to five minutes more...or longer).

Another ADHD trait that can affect a person being chronically late is the concept of time blindness. This event happens when someone cannot sense the passing of time. Kenneth K. Kidd, Ph.D., an assistant professor at Yale University School of Medicine and an ADHD researcher, coined this term. According to him, individuals with ADHD have difficulties in sensory processing; they are unable to relate themselves properly to the passage of time. To put it into simpler words, time flies for people with ADHD.

Take me as an example. When I have a meeting to attend, it's either me arriving early before anyone else or getting there too late and having them wait for me. There is always no exact time for my arrival. One more thing I happen to struggle with as well is deadlines. I often procrastinate- thinking I have enough time to do them and eventually miss deadlines. Another thing that affects my punctuality is my lack of impulse control. There's this one time that I had to attend a scheduled movie date with a friend, but when I was preparing to go, I somehow ended up missing it because I was distracted when I saw a cute little dog and pet him for a while that I forgot about our theater schedule.

ADHD Masking is one of the common habits of people with ADHD. Based on research, ADHD Masking is when they control their symptoms to the point where it almost disappears. This is done to minimize other people's judgment of a person with ADHD's life and behavior.

One more thing about ADHD masking is that it can affect a person's hyperactivity, impulsivity, and inattention. This means they have to focus all their energy on concealing the symptoms of ADHD. It takes a toll on them because they might feel exhausted after putting up a front for a long period.

When it comes to time and being late, many young adults with ADHD often set the alarm, a reminder, or a sticky note not to forget the event and arrive on time. However, these measures might result in them arriving too early rather than late, putting them in the position of having to wait longer than usual instead of late.

How to Improve Your Time Management Skills If You Have ADHD?

There are certain measures you may take to manage your time and turn your tardiness into timeliness. As an ADHD coach, here are some of the things that you can try to do to avoid getting late:

When anticipating a meeting or a scheduled event, one of the worst parts is waiting. If you think you will be late than the scheduled time, please let the person waiting for you know. Updating them frequently may help them ease their emotions and impatience.

Sometimes, being late is okay and acceptable. However, if it has a significant impact on other people's lives to the point that their activities are being impeded, it is no longer acceptable. You can always take measures to prevent this type of scenario by using the tips stated above.

In conclusion, ADHD and being late are often intertwined. However, this does not mean that it is impossible to manage time and arrive on schedule. Many techniques can be used for an individual with ADHD to be successful in their endeavor to be on time. Asking for help from family and friends, using technology applications, and focusing on the end goal are a few examples of what can be done. Lastly, practice makes perfect! Try planning a week before the event to get a hang of things. Remember: always update the person waiting for you if there is any change in your estimated arrival time. Thank you for reading!

‍
No, you will not always be late if you have ADHD. However, it is often a trait associated with the disorder.

‍
Many techniques can be used such as using technology applications, asking for help from friends and family, or focusing on the end goal. If these tips do not work for you, please speak to your doctor about other strategies that may help manage time.

3. What should I do if I'm already running late?

‍
If you're already running late, try to update the person waiting for you frequently. This will help them ease their emotions and impatience.

4. Is it okay to be late sometimes?

‍
Yes, being late is often unavoidable and happens to everyone. However, if being late begins to impede other people's activities or daily lives, it is no longer acceptable. At this point, measures should be taken to prevent future tardiness.

1. What is Chronic Lateness?

2. What Causes People to be Chronically Late, and How Does This Relate to ADHD?

5. How to Improve Your Time Management Skills If You Have ADHD?