ADHD & Caffeine: Good or Bad for an ADHD Brain? 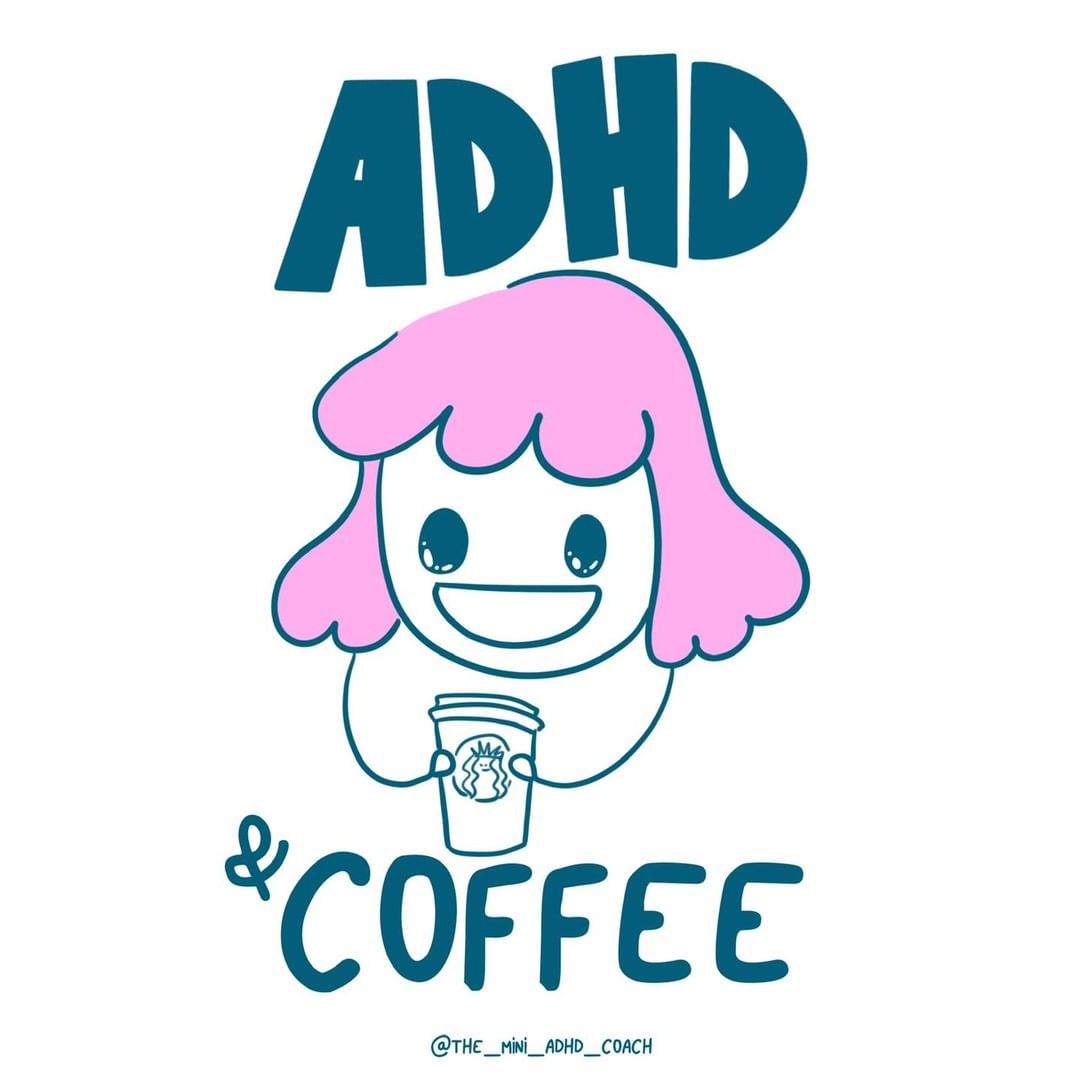 Many undiagnosed people use coffee as a form of self medication ☕️

But it also has some downsides, like preventing you from falling asleep quickly 😑

Except if you are one of the many ADHDers who are not affected by caffeine 🤷♀️ !

ADHD and Caffeine: Good or Bad?

1. How Does Caffeine Consumption Affect a Person with ADHD

3. Coffee Can Amplify These ADHD Symptoms

ADHD and Caffeine: the Effects of Coffee on ADHD Brain

Attention Deficit Hyperactivity Disorder can nearly affect your life in almost all aspects. A neurodivergent brain can result in different life experiences than those we consider "normal." Some people with ADHD may have extreme behavioral effects compared to others. ADHD can also cause impulsive behavior and hyperactive traits to those who are affected. But, what can happen if someone with ADHD consumes something intended to stimulate people's brains?

For people without Attention, Deficit Hyperactivity Disorder, coffee consumption releases adenosine in the brain, which increases mental alertness. This can further impose a positive effect on them, like preventing sleep. It's like the central nervous system of people without ADHD is being fueled by these caffeinated drinks. The stimulating effects of coffee can help them improve their mood and be productive even more.

How Does Caffeine Consumption Affect a Person with ADHD

But what is the case of coffee consumption with adult ADHD? Caffeine intake for those with ADHD might not be as adequate as those without ADHD. Once ingested, coffee is carried out through blood flow from the blood vessels and to our central nervous system, our brain. From then on, the effects of caffeine still vary from person to person. But most likely, caffeine and ADHD's relationship are not expected the same for those that don't have this condition. Coffee can increase the dopamine levels of a person with ADHD, and some might feel ecstatic once the caffeine is consumed, but some might feel relaxed while at it.

How caffeine works with ADHD needs more research and studies to be clarified. The effects of caffeine might not affect them much, or worse, it can worsen their condition and increase specific symptoms they want to avoid, such as lack of focus and concentration.

Coffee or energy drinks, on the other hand, isn't an ADHD medication. But, it does provide that effect on an individual for every caffeine use. For example, young adults with ADHD take coffee with their ADHD medications. This can help them reduce some inhibitions, like the nervousness of using medicines that affect their mind and body functions. Sometimes, coffee acts as a relaxant that helps them go through their medications without getting too many jitters.

Caffeine consumption has adverse effects on Attention Deficit Hyperactivity Disorder. However, it may positively affect some individuals with this condition. Some might feel increased focus when having their caffeinated drink. But it is still not advisable to consume too much caffeine since excessive intake can cause different symptoms in the long run. How much caffeine is enough for you should be carefully monitored to prevent any health problems that may further occur.

Coffee Can Amplify These ADHD Symptoms

Caffeine is a stimulant that may help us in some situations, but more likely, it would significantly affect us. When a person with ADHD turns to coffee as an ADHD medication, the result may be acceptable at first. But when our brains tolerate the moderate doses that we have, our ADHD symptoms might get affected or even amplified by it. Here are a few examples:

There may be a positive effect that you may experience, but excessive caffeine and ADHD don't typically work and can produce many serious health problems. If your goal is to have an ADHD treatment, it is better to consult medical experts regarding your condition. Extreme doses of caffeine found in coffee might not be a treat after all.

Caffeine, which is more commonly found in coffee, may have different components that contribute to an individual's health. However, caffeine is considered safe when taken within limits of 400 mg or 4 cups per day if you are an adult. As mentioned above, excessive intake of this stimulant beverage may cause various symptoms, especially for ADHD. There are also plenty of liquids that have caffeine. Energy drinks might have caffeine as their main ingredient, and so do soda and tea. However, it is still crucial to monitor our coffee consumption or tea consumption we intake. To further help you with your condition, you need to take note of the following safety measures:

Caffeine and ADHD may have a love-hate relationship, but you need to consider limiting your caffeine consumption to have a healthier life.  Although a healthy body is possible through caffeine consumption, too much can produce the opposite effect. You might be in a long-term relationship with coffee, but its impact on your mental and physical well-being can sometimes have the opposite effect that you might want to have.

ADHD and Caffeine: Good or Bad?

1. How Does Caffeine Consumption Affect a Person with ADHD

3. Coffee Can Amplify These ADHD Symptoms