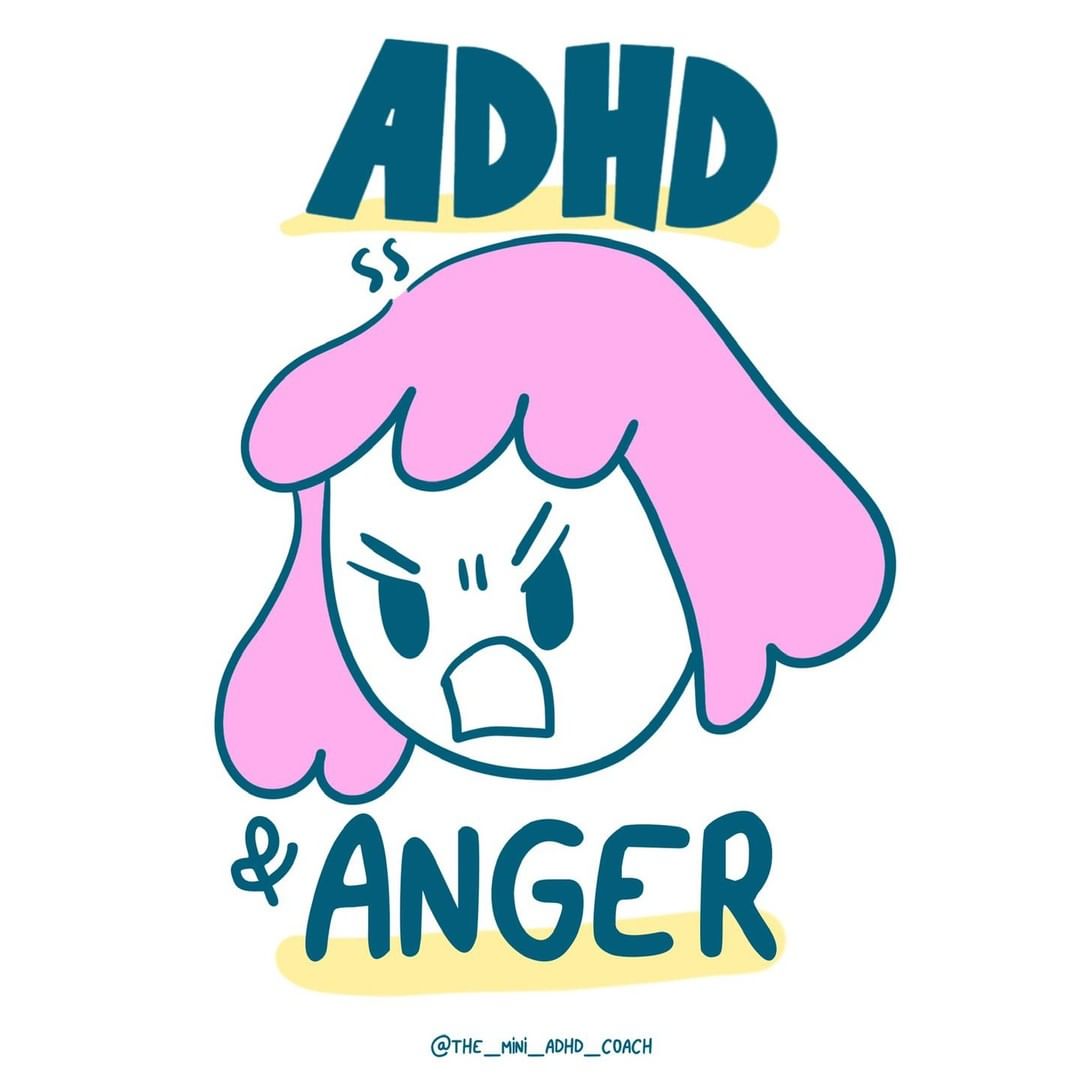 When it comes to managing anger, one of the first things you need to do is to understand why you get angry in the first place. This means taking a step back and looking at yourself objectively. Once you know what triggers your anger, you can start to develop strategies to deal with it.  For example, if you tend to get angry when you feel like you are not being heard, you can try communicating your feelings more assertively. If you have ADHD, it is important to understand that your anger may be a symptom of the condition.

ADHD & Anger: Are You Impacted?

1. Do You Often Have Outbursts of Anger? Your ADHD Might Be to Blame For It

2. Know Your ADHD Symptoms: Growing Up and Handling Anger

4. How to Cope Up With The Emotional Struggles for People with Attention Deficit Hyperactivity Disorder?

Anger is one of the most common emotional responses, and it can be difficult to manage for people who have ADHD. Attention Deficit Hyperactivity Disorder is a neurodivergent condition in which the brain struggles to regulate and control impulses, emotions, and inattentiveness properly. The person with this condition is sometimes seen as disruptive, hyperactive, or childish by others. Having an ADHD brain can make it hard to process emotions and handle them positively.

Feelings or emotions that are overwhelming, especially those considered harmful to someone with ADHD, are difficult to contain and can lead to anger and other unpleasant emotions. This may further hurt other people's feelings, complicate relationships, and cause emotional damage for some. That's why anger management is crucial for controlling emotions in adults with ADHD.

Although people may think that anger management techniques are only applicable to controlling the behavior of a single person, this is not entirely true. The techniques can also be used to help people with ADHD understand and cope with their emotions.

One problem that affects people with ADHD is their surrounding environment. Aside from the genetic risk linked to ADHD, a youngster who has had ADHD may have been frequently criticized and scolded throughout his childhood, resulting in the belief that he was doing everything wrong. This can lead to problems managing anger as an adult. The person with ADHD may have learned that expressing anger is the only way to get someone to listen to him. As a result, he may lash out in anger when he feels misunderstood or unimportant.

Do You Often Have Outbursts of Anger? Your ADHD Might Be to Blame For It

What angers you? Do you often get mad when waiting for too long for someone else? Do you get mad when you miss the bus? Do you feel angry when you are stuck in traffic? Do you sometimes yell at your children, family, or friends because of little things?

People with ADHD usually have a problem with chronic emotional dysregulation. It is a term coined to refer to the challenges people with ADHD have in managing emotions. Emotional Dysregulation can vary from one person to another, but there are some common signs to look out for. These are the following:

ADHD and anger issues, if not taken seriously, can result in other affective disorders, mental health issues, and psychological problems. It's best to learn more about what you can do to help yourself or someone with ADHD better manage their anger and other emotions.

Know Your ADHD Symptoms: Growing Up and Handling Anger

Some people trace their Attention Deficit Hyperactivity Disorder to the early part of their childhood. For those people with late diagnoses, there are ADHD symptoms that aren't appropriately addressed. Children with ADHD might have been criticized or reprimanded by their parents, teachers, and peers for an extended period without knowing their neurodivergent condition. Thus, the child tries to suppress his symptoms because he thinks it is wrong and can't do anything right. In child psychology, masking ADHD traits can result in low self-esteem, lesser self-confidence, and suppressed emotions.

Growing up, coping skills are often developed to cover up with the ADHD struggle on managing anger and other things that cause emotional intensity. But this doesn't guarantee that the person can't feel anger anymore. When a person absorbs every negative emotion he encounters, it can be challenging not to explode and have an angry outburst.

Adults who suffer from ADHD, on the other hand, are considerably more aware of their issues. But sometimes, what they lack is the ability to manage their emotions and harsh ideas. Most of them deal with it by suppressing their feelings and emotions, acting out on those feelings, taking recreational drugs, or self-medicating. Treatment difficulties frequently develop, especially when their rage outbursts become excessive.

Adults with ADHD and anger dysregulation often experience severe anger problems such as oppositional behavior because their anger and rage have nowhere to go. They feel helpless, so they throw "child's tantrums," act out violently, become defensive, or even shut down. And because their intense feelings are often misunderstood, the chance of getting help decreases.

People with ADHD struggle to control their anger and learn coping methods, which frequently leads to oppositional and rebellious behavior. When this happens, they're not in control of their own emotions, and they do things that can cause harm to themselves, their friends, family members, or even strangers. Oppositional Defiant Disorder is the most common disorder linked to Attention Deficit Hyperactivity Disorder.

When a person engages in oppositional behavior, they are displaying stubborn disobedience and defiance as well as a propensity to be hostile towards others or authority figures. When someone is uncooperative with other people's instructions or standards, he or she is considered resistant. Oppositional behavior may also include deliberately annoying others, blaming others for their mistakes, being easily annoyed by others, and often arguing with adults.

Anger is a normal human emotion. However, when deep breathing, self-control, and stepping back fail to cure your anger problems, it may be time to get a psychological evaluation and work on your emotion dysregulation. ADHD symptoms and anger problems don't mix well and need a more intensive approach to deal with the situation.

How to Cope Up With The Emotional Struggles for People with Attention Deficit Hyperactivity Disorder?

People with ADHD tend to have a more intense relationship with their emotions. Because of this, they often experience inappropriate angry outbursts, cannot control their temper, and have problems differentiating between healthy and unhealthy anger management.

It's said that there's a reason why ADHD individuals have trouble comprehending emotions: anxiety and irritation are two major causes of hyperactivity. Emotional dysregulation takes over because the person is overwhelmed with the condition. It's not easy to focus on one thing, especially when too many things are going on inside his head.

Anger is an essential component of our existence, and I understand how difficult it can be to manage. Although feelings of joy are more pleasurable to experience, anger is never a good emotion to feel. Anger does far more damage than good. There are ways to overcome it, but they are not as easy as saying "stop." It takes time and effort to learn how to control our emotions. If you want things to improve, you must first learn how to manage your ADHD and anger. Don't worry! I will guide you along the way as I know how difficult this journey could be. Read more of my blog posts to learn more!

1.  What are some ways to deal with anger?

‍
There is no one-size-fits-all answer, as different techniques may work for different people. Some popular methods include deep breathing exercises, counting to ten, removing oneself from the situation, and using visualization or affirmations.

2. How can I prevent myself from getting angry?

‍
Again, there is no one perfect answer, but common tips include avoiding triggers if possible, taking breaks when feeling overwhelmed, and communicating with others about how they best handle difficult situations.

3. My child has ADHD and seems to get angry a lot – what should I do?

‍
If your child's anger appears to be excessive or unmanageable, it is important to consult with a mental health professional. They can help you identify any underlying issues your child might have.

4. Is it normal to get angry sometimes?

‍
Absolutely! Everyone experiences anger from time to time, and it is a perfectly normal emotion. However, if you find that you are struggling to control your anger or it is impacting your quality of life, please reach out for help.

5. What are some long-term effects of anger?

‍
Long-term effects of unchecked anger can include damage to relationships, difficulty at work or school, physical health problems, and legal trouble. If you are concerned about your anger management, please seek professional help.

ADHD & Anger: Are You Impacted?

1. Do You Often Have Outbursts of Anger? Your ADHD Might Be to Blame For It

2. Know Your ADHD Symptoms: Growing Up and Handling Anger

4. How to Cope Up With The Emotional Struggles for People with Attention Deficit Hyperactivity Disorder?