What is the Difference between ADHD or ADD? 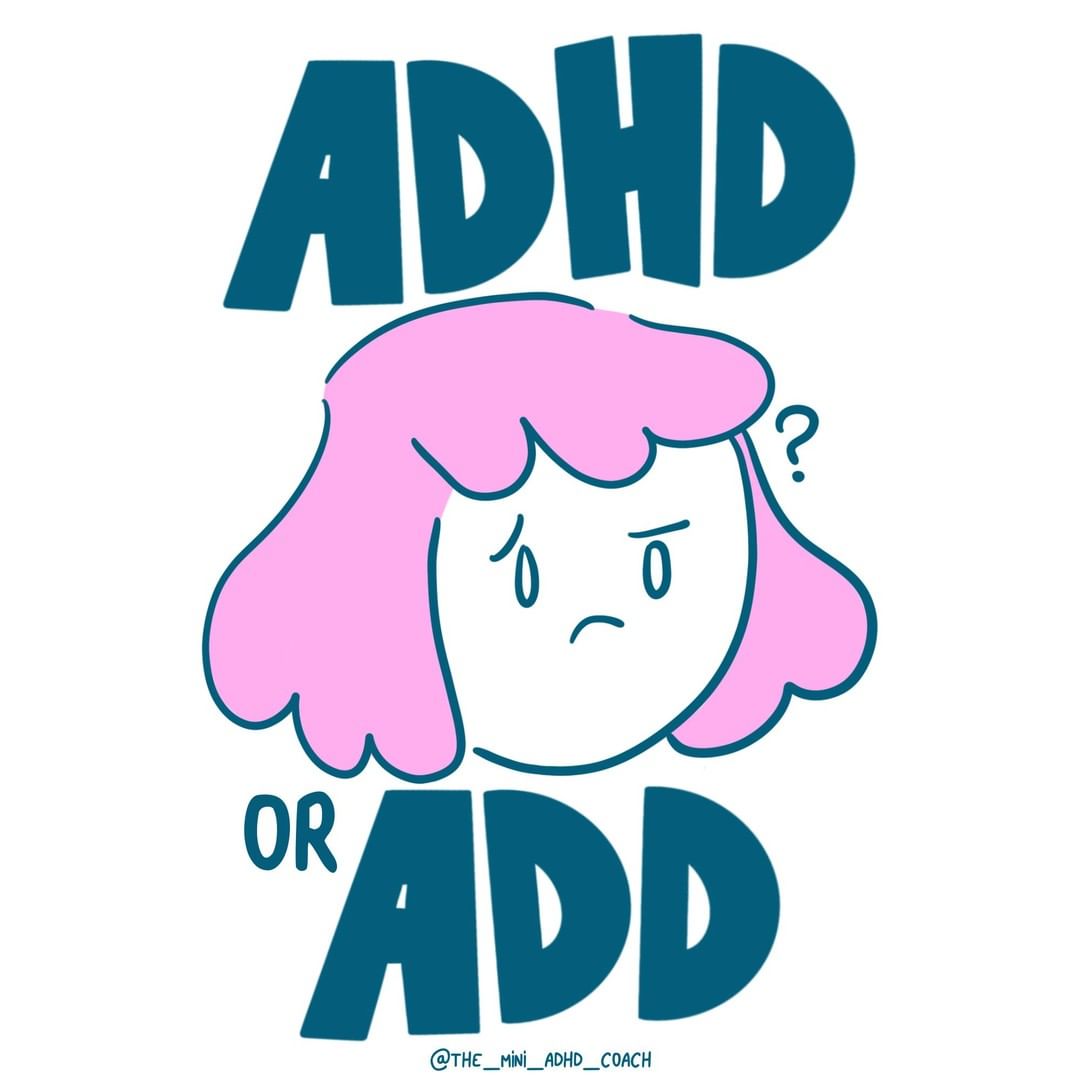 Is there a difference between ADHD and ADD? Considering one relates to Attention-Deficit Hyperactivity Disorder and the other points to only Attention-Deficit Disorder, are we even pertaining to the same condition? Learn more about the origins of these two terms and why ADHD is more than what meets the eye in this article.

~ 1. Is There A Difference Between ADHD and ADD?

~ 2. Difference Between ADHD And ADD: A Brief History

~ 3. ADHD In The Diagnostic And Statistical Manual

Is There A Difference Between ADHD and ADD?

In the earlier times, people didn't have any idea about Attention Deficit Hyperactivity Disorder (ADHD). Not only were there vague descriptions about this neurodevelopmental condition, but mental health professionals used numerous medical terms to describe the inattentive and hyperactive, impulsive ADHD usually found in children.

ADD and ADHD are, in fact, one and the same. ADD is the outdated term used to describe inattentive type ADHD that doesn't constitute hyperactive-impulsive ADHD in the present times.

There's no difference between ADHD and ADD. They both describe someone who is facing challenges in attention span, organization, and controlling emotions. Attention Deficit Disorder was first coined to describe this neurodivergent condition commonly found in children during earlier times. But, as time progresses and plenty of research is made, they derive the term ADHD to describe everyone struggling with its symptoms and conditions in general.

ADHD symptoms vary with every person. When everything wasn't clear back then, they didn't know this fact. So, they described the symptoms of inattention as ADD without considering other traits that other people experience. That's when the American Psychiatric Association realized that it is best to put every related ADHD symptom together, thus arriving at the inclusion of "Hyperactivity" in ADHD.

Difference Between ADHD And ADD: A Brief History

Mental health professionals from centuries ago didn’t have any idea about ADHD until a British Pediatrician observed its symptoms in 1902.

Sir George Frederic Still noticed that some children were prone to have difficulty sustaining their attention. He explained that these children have problems in their “moral control,” which then resulted in inattentive symptoms, such as short attention span and being easily distracted by external stimuli. Though Still described those with inattentive type ADHD children back then with excellence in their studies and academics, he was unable to give the proper diagnosis due to lack of evidence.

It’s likely that the ADHD stereotype originated from a study conducted by two German doctors. In their investigation, Franz Kramer and Hans Pollnow observed children aged 3-6. They noticed that some kids have difficulty sitting and staying still. They also have problems getting along with their schoolmates and often disturb classes due to extraneous stimuli. After they had medically reviewed all their observations, they used the term "Hyperkinetic Disease," referring to the hyperactive-impulsive type of ADHD.

ADHD In The Diagnostic And Statistical Manual

In 1952, a collection of guidelines for mental disorders was published. This will later be known as the Diagnostic and Statistical Manual (DSM). This manual serves as the basis of every mental condition and its symptoms. Hence, mental health professionals refer to the DSM to diagnose concerns, such as anxiety disorders, bipolar disorders, and OCD. This manual indicates the symptoms for almost all mental health conditions and their treatment. However, they didn't include Attention Deficit Hyperactivity Disorder back then because of the lack of proper evidence and research basis.

In the second edition of the Diagnostic and Statistical Manual in 1968, the American Psychiatric Association included Hyperkinetic Disease in the list of conditions. But this constant movement and difficulty to stay still refers only to children, and adult ADHD wasn't even considered yet.

In the third edition of the Statistical Manual of Mental Health Conditions, the term Attention Deficit Disorder (ADD) was used. The DSM manual version describes the predominantly inattentive type of ADHD and doesn't consider hyperactivity as a part of the main symptoms. Mental health experts only included two subtypes of ADD: ADD with hyperactivity and ADD without hyperactivity.

In 1987, the American Psychiatric Association decided to include people who climb excessively almost everywhere while having trouble focusing on specific tasks and raging thoughts. This was when APA considered the Hyperactive-Impulsive Type. They included the Hyperactive in Attention Deficit Disorder, thus making it the outdated term that refers to ADHD.

Drawing The Line: From ADD To ADHD

Before we move forward, let’s have a recap of how ADD transitioned to ADHD.

First, Sir George Frederic Still noticed problems in attention and being easily distracted in kids. Due to the lack of evidence, he didn’t recognize that problems in sustaining attention can also come with hyperactivity or impulsiveness. Franz Kramer and Hans Pollnow noticed it through another study and coined the term Hyperkinetic Disease.

As time went by, mental health experts determined that attention-deficit and impulsive and hyperactive behavior may occur separately or together. Hence, they decided that the appropriate term would be Attention-Deficit/Hyperactivity Disorder (ADHD).

The Diagnostic and Statistical Manual's fourth version in 1994 finalized the sub-categories of Attention Deficit Hyperactivity Disorder (ADHD). These include the predominantly inattentive type, predominantly hyperactive type, and those with combined ADHD symptoms.

According to Johns Hopkins Medicine, those with both attention-deficit and hyperactive-impulsive ADHD are more common than those with Inattentive ADHD. This could be because difficulty staying still is more easily recognizable.

For instance, a person who has difficulty playing or engaging in leisure activities quietly is more straightforward to spot than a person who is easily distracted, makes careless mistakes, and has challenges organizing tasks.

The latest version of DSM stated that these three ADHD categories are "presentations" and can be experienced by everyone differently. These types of ADHD symptoms can change over time. At one point, you may have symptoms of inattention; the next time, you may experience the combined type.

How is ADHD Diagnosed? Suppose you relate to multiple ADHD symptoms, such as difficulty organizing your school materials properly or blurting out the answers before the questions are finished, what’s the best step?

In that case, highly consider talking to a doctor. If tasks require sustained mental effort and you are struggling with them, seeking help from professionals can help you manage your ADHD symptoms better - if you do have the condition.

At the clinic, the psychiatrist will refer to the DSM-5 manual and ask you a couple of questions regarding your experiences. They might ask questions like "do you experience symptoms, like fidgeting," or "are you often late for appointments". These will help them understand more about your symptoms.

Since misdiagnosis can happen, it would help for you to finish a Self-Report Scale for ADHD before going to the doctor. That way, there’s less chance that you’ll forget some symptoms.

To be diagnosed with ADHD, six or more symptoms must be present. Doctors also carefully consider symptoms in adults as they might be a bit different from pediatric symptoms.

Afterward, they will inform you if you have ADHD predominantly inattentive type, combined ADHD, or Hyperactive-Impulsive ADHD presentation. Knowing which category of ADHD you fit in will help you better understand your experiences and come up with approaches to manage symptoms more effectively.

1. Is there a difference between ADD and ADHD?

‍
2. Why was there a need to change the term?

‍
ADD doesn’t take into account that people may not only have problems in sustaining attention, they might also experience hyperactive and impulsive behavior. Hence, to be more precise, the term “hyperactivity” was inserted.

3. What are the types of ADHD?

‍
According to the DSM-5, the three types of ADHD are: predominantly inattentive, predominantly hyperactive, and combined, which means the person may present with both inattention and hyperactivity and impulsivity.

4. Can you self-diagnose ADHD?

‍
While there are Self-Reports Checklists available online, only a board-certified doctor can give ADHD diagnosis. If you suspect ADHD, please don’t hesitate to set an appointment with a mental health professional.

~ 1. Is There A Difference Between ADHD and ADD?

~ 2. Difference Between ADHD And ADD: A Brief History

~ 3. ADHD In The Diagnostic And Statistical Manual